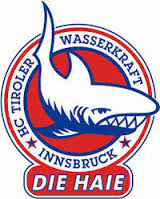 Bishop has spent the past two seasons with the Sharks. In 54 games this past season Bishop collected (25-goals-24-assists-49-points). Bishop played parts of three seasons in Vernon (2005-2008). Bishop left the Vipers after two seasons and played in just four games at the University of North Dakota during the 2006-07 season before returning to Vernon during the Christmas break playing the remainder of the 2006-07 season. Bisho played his final season with the Vipers (2007-2008) before playing the next two years at Ohio State University. In 140 regular season games with the Vipers Bishop collected (93-goals-84-assists-177-points).  Bishop holds the Vipers record for most goals in a season with 57 (2007-08).  Jason Elders holds the Vernon franchise record with 67 (1990-91). On March 18th 2010 the Montreal Canadiens signed Bishop as a free agent to a two year contract. Bishop attended the Habs training camp for three straight seasons before being sent down to the American Hockey League's Hamilton Bulldogs.

After the season is before the season. Only one day after Quarter-final-Aus against the Vienna Capitals the Innsbruck sharks announce the first contract lengthening. Successful coach Rob Pallin remains also a shark like Hunter Bishop and Philipp Lindner.

At the end he was obviously stirred. No miracle, it should be, in the end, the last address before his team in this season. Haie-Headcoach Rob Pallin thanked after Quarter-final-Aus against the Vienna Capitals his team. Thanks to was due, however, also to himself. The American inoculated the winner's gene with the Innsbruck sharks this year and led the Tyroleans after eight years of abstinence sensational to the direct Playoff qualification. The sporty management all around board member Norbert Ried, that is the more happily the American also in the coming season behind the volumes of the Innsbruck sharks will stand. „ Rob has moved this year a lot and has formed the sharks to a great team. We have all reached our purposes, even have excelled with the direct qualification for the Playoffs. We are very contented and glad that we can hold a man like him “, reeds is happy.

Pallin itself summed up likewise contently. „ We have increased in relation on victories about 50 percent. This is an insanity. Innsbruck is a nice town, I am with pleasure here. “

Besides, his look is already directed for the next playing time. Besides, there is the first positive news to be quoted already. With Hunter Bishop an absolute achievement bearer also slips over in 2017/2018 the shark Jersey and goes again in Tyrol on gate hunt. With 25 gates and 24 Assists the man quick to arrow from Alaska delivered once more a great achievement. „ I feel home in Innsbruck properly. The people are an insanity and Rob is a great coach “, according to Bishop.

Likewise has extended Youngster Philipp Lindner. The 21-year-old delivered an attractive season and remains further loyal to his native country. ' It has unbelievable fun slowly with this team passes. I want to be further a part of it and am already glad about the next year. '